How can a brand with a turnover of ten times less than its real competitor be able to actively compete in the market? Especially in an already cannibalistic field like football sponsorship. The Puma Sports Marketing Manager, Dr. A.S. Sandro Inserti.

The strange story of the Dassler brothers

There is a city in the northwest of Nuremberg which is divided into two parts by hostility, it is Herzogenaurach and the groups that divide it are called Puma and Adidas.

The protagonist of the story is two brothers: Rudolph and Adolf Dassler, originally the founder of the Gabruder Dassler Schuhfabrik (“a translation of the Dassler brothers’ shoe factory”), which split shortly after World War II due to a feud. Divided everything up to the workers of the time and founded two separate companies: Rudolph founded Puma, Adolf founded Adidas.

The two companies still have their headquarters in Herzogenaurach, which is divided by the Orach River on two banks in each city.

The point with Sandro Incerti

Sandro Incerti, Sports Marketing Manager of Puma, with a past in Nike in which he was responsible from 1992 to 2001 for all the sponsorships of the American football giant in Italy, tells us that compared to sixty years ago, things have changed a lot, the two companies took different paths, which led to very different destinies. Adidas is the number 2 company in the sportswear scene, while Puma is competing for third place with New Balance and Under Armor, obviously in the lead, we find the swoosh of Oregon Nike.

Puma is competing in a market where almost all of the assets are held by the top two players, especially at a football level, yet the company continues to enjoy good health with its 3.4 billion euros of gross turnover in 2015.

With the arrival of Sandro Incerti, in 2008, the strategies of the company also change, aware of not being able to compete in the open field with Nike and Adidas. The initial part of the strategy involved re-entering the football sponsorship market and then understanding what Puma’s positioning was in the mind of the final consumer, the result? JOY.

Joy, consumers associated the brand with liveliness and cheerfulness. Since then the goal has been to associate the brand with the concept of speed, to increase its redundancy and media presence, as well thanks to sports, and sports sponsorships.

Thinking of Puma, in fact, the fastest man on the planet immediately comes to mind: Usain Bolt, the Mercedes, Ferrari, and Red Bull teams, all assets sponsored by the Nuremberg brand. 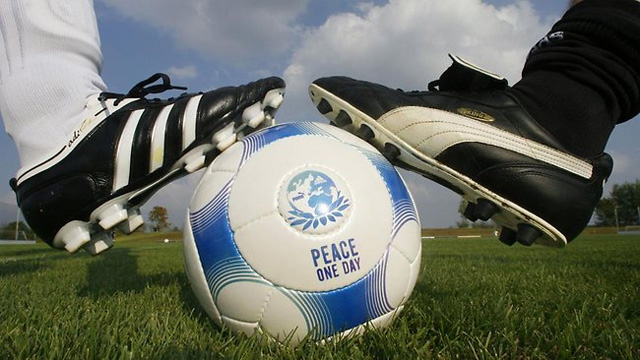 However, the market in which Puma continues to compete with good results is that of football, also largely dominated by Nike, with a very different strategy from the US giant, mainly for 3 reasons:

a more logistical-commercial one, that is, a strong presence in stores specialized in the football sector;
a more mediatic one, linked to the relationship established with their athletes/testimonials ;
“out of the ordinary” shoes.

At the national level we can remember some players who are permanently part of the national football team (sponsored by Puma), including:

Thiago Silva. , and a long list of local talents. While at the international level the most representative players of the club are undoubtedly the Argentine striker Sergio “El Kun” Aguero, the German offensive winger Marco Reus, Atletico Madrid winger Antoine Griezmann, Arsenal striker Olivier Giroud and many others.

All of this sponsorship is handled very cleverly by Puma, which is intended to be a few athletes, but certainly ranks first in its ranks. For this he is able to guarantee maximum visibility and very high involvement in the marketing operations of the company; All of this means that athletes become “attached” to the brand and decide not to leave it, as a kind of bond is formed between Puma and its credentials. All of this is confirmed by the fact that existing contracts with major athletes are long overdue, for example, Usain Bolt signed with Puma when he was 14, and now, on the threshold of his third Olympics, he is 29.

The right shoes, at the right time

On the eve of the FIFA World Cup, the Soccer World Cup is clear, Puma wore his athletes with his EvoSpeed ​​and EvoPower in a very specific color, the right shoe pink, while the left blue. A move that certainly didn’t go unnoticed on pitches, and at the same time gave great visibility to what makes the brand unique in the eyes of a competing audience.

Puma Evospeed and Evopower were also been introduced in new colors in view of Euro 2016 and Copa America 2016: Flash Pink Left Shoe, Fluo Yellow Right Shoe. Given the good results in terms of media distinction, double color has been proposed again, we will see what effect it will have during the summer.

German brand Puma has just started taking advantage of its new marketing strategy. Launched a few years back, the latter is based on sponsorships from well-known players, giving the brand a significant advantage in visibility, especially in the world of sports where it is very difficult to compete with the influence of the largest equipment manufacturers. , namely Nike and Adidas.

In 2022, the German brand Puma is in with direct competitors like Asics or Under Armour. So the group’s overall marketing strategy will change, with the hopes of catching up with Adidas and Nike. The goal is simple: succeed in sponsoring as many iconic athletes as possible. It will also base its communications on a world-renowned personality it already sponsors: Usain Bolt.

Therefore the brand identity of the Puma Group will change. The German brand wants to be much smaller and more dynamic and launches a collection of “sneakers” that will quickly become successful. She tries to reach new audiences, such as women, through the simple field of play (collaboration with world-renowned artists such as Rihanna or Dua Lipa). All this contributes to strengthening the visibility and influence of the Puma brand, which continues to grow …

The Puma brand will continue to grow, gaining more and more influence, especially in the world of football. It is joined by several nations and several clubs, of which it becomes the official sponsor. Today, it sponsors over a hundred sporting entities, including some very prestigious ones such as the Italian national team, Manchester City, Marseille, Dortmund, and AC Milan.

Always looking to catch up with the legendary Nike and Adidas, Puma would become the sponsor of many internationally renowned players, sometimes going beyond the game’s structure, as was the case with Rihanna or Dua Lipa. Thus, rapper Jay-Z becomes president of Puma Basketball for example, while several French rappers become brand ambassadors: this is the case for Alonzo, PLK, or more recently Booba who officially became the muse. by Puma.

When runner Usain Bolt retires in 2017, the brand lost its main ambassador. So he needs a real international superstar to move forward in this logic of increasing visibility. It will take some time to find the perfect candidate, who will be the third most followed sportsman on social networks, namely Brazilian Neymar, one of the biggest personal contracts ever. The brand finds a figure to match its ambitions.

So today, sponsorship is at the heart of the Puma brand’s marketing strategy. With the aim of always strengthening its visibility, the German brand has sponsorship contracts with internationally renowned players. After Antoine Griezmann, Lucas Digne, Olivier Giroud, and Rafael Vara, Kingsley joined the ranks of the Common German brand. The clear desire to sponsor the 2022 World Champion to reach a wider audience.

Today, it is clear that the Puma brand has paid off in 2022. At a time when it was in a critical situation, the brand was able to reach the point of gaining ground against certain competitors like Nike. Sponsorship is at the heart of its marketing strategy today, so it will be interesting to see what famous artists this brand will place in the future.

What is Conversational Marketing? Future marketing that shines in the personalized era

What Is Agile Web Development With Example?

What is Phishing and How does it work?

How to create a perfect email signature?